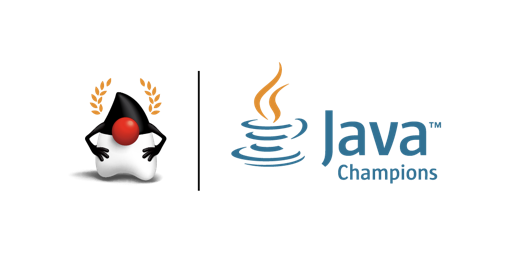 an exclusive group of passionate Java technology and community leaders who are community-nominated and selected under a project sponsored by Oracle. Java Champions get the opportunity to provide feedback, ideas, and direction that will help Oracle grow the Java Platform. This interchange may be in the form of technical discussions and/or community-building activities with Oracle's Java Development and Developer Program teams.

I've been involved in the Java community almost exclusively since university back at the turn of the century. I've been so fortunate to help guide Java at Sun Microsystems and Oracle as an engineer / technical lead on the OpenJDK project, and today I continue to push for Java as a cloud developer advocate at Microsoft.

Outside of my employment, I've been proactive in pushing Java too. I've been technical reviewer on numerous Java books (and I'm even contributing to an upcoming JavaFX book), a track lead for JavaOne and Oracle Code One conferences, a speaker at numerous conferences (including being voted a JavaOne Rockstar twice), a Dukes Choice award winner for ControlsFX, an active blogger of the Java desktop links of the week series, and so much more. Clearly, Java runs through my veins :-) .

For a really long time I wished I could be a Java Champion, but I was unable to become one because Oracle employees were ineligible, and for six months after leaving Oracle they were ineligible as well. Now that I've been out of Oracle long enough (just), I'm incredibly pleased to have been accepted into this group, and I look forward to representing the ideals of a Java Champion as best as I can.

Thoughts on “On becoming a Java Champion”